Browsing through this article, you may also discover some new and interesting curiosities about your pet rabbit’s eating behavior.

Spotting the rabbits. More than half of the world’s rabbit population exists in North America. Here we can observe fifteen different species of rabbits and hares. They are all herbivorous. The European rabbit is the only rabbit to be widely domesticated.

Wild rabbits eat different foods during different seasons of the year but they maintain a plant-based diet. They have a wood-based diet in the cold season (gnaw tree bark, twigs, pine needles), but they usually feed on green plants during the rest of the time (clover, forbs, and leafy weeds, dry and green grasses, shrubs, or tree seedlings).

While it seems like they eat almost any type of vegetables and flowers that are available in the wild, wild rabbits are picky when it comes to food. Rabbits prefer fresh foliage to stems or dry plants. Most wild rabbits are known for climbing tree trunks in order to access fresh leaves or dew-laden vegetation. They prefer to eat plants that are delicate therefore easily damaged.

Wild rabbits typically graze for food at dawn and dusk. Crepuscular times are the safest times of the day to get out from their hole, graze and be free. Rabbits graze heavily in the first half-hour, followed by a more selective feeding if the environment is safe. During this time, rabbits also excrete hard fecal pellets, that will not be re-swallowed.

Rabbits reingest up to 80% of their droppings (cecotropes or “night feces”). Opposing to hard fecal pellets, cecotropes are vital nutritious ingredients, hence, rabbits are able to meet their nutritional requirements. This practice allows wild rabbits to survive the insufficiency of food during winter.

The lifespan of wild rabbits is very short. The average longevity of an eastern cottontail, for instance, is less than one year because they deal with disease, starvation, and predators. Domestic rabbits usually live between 8-12 years.

Life in Captivity for Wild Rabbits

In captivity, wild rabbits should adhere closely to the diet of those in captivity but not to the often pelleted diet that pet rabbits are often fed.

Although rabbits are seen as intruders by farmers and gardeners due to their destructive habits, most wild rabbits don’t have access to lots of vegetables. Wild rabbit’s primary source of nutrition remains fresh grasses but you can also feed him:

All sorts of hay (excepting alfalfa):

such as collard greens, watercress, and swiss chard

It is advisable that you keep the wild rabbit away from foods that can cause gas or bloat, even if it’s just for a while, till he is more accustomed to his new life. Rabbits cannot:

Try to avoid, at least at the beginning, vegetables like cauliflower, cabbage, and broccoli. In general, avoid all the rest of the foods that are not beneficial for a pet rabbit.

What about pellets, grass, and hay?

Pellets are rich food sources, and therefore should not be fed excessively. Furthermore, wild rabbits run around 3 miles each day, so you should maintain the same balance between activity and high caloric foods for your adopted wild rabbit.

The best way to feed a wild rabbit is to cut grass. Use scissors, not a lawnmower. The cutting action of the mower crushes the grass, which causes it to begin to ferment, and could upset your rabbit’s stomach. Also, check for the grass to be free of pesticides. The pesticides could make any rabbits very sick.

An idea! Hay should always be freely available, but it is not a bad idea to get into the habit of feeding your wild rabbit once in the morning and once in the evening, during their active times. Because they are crepuscular animals, they are most active during the mornings and evenings.

They sleep all day when you are at work and are ready for fun when you are around. All you have to do is to wake up early in the morning and feed him. That’s how you keep his natural habit alive.

From the category “do not” this cottontail was kept for 7 months, in a pet carrier, fed lettuce, and carrots. He became completely blind from nutritional deficiencies.

You can start feeding the rabbits with a small number of fruits. Berries are the fruits they are familiar with (blueberries, raspberries, blackberries, and so on). For the fruit that are high in sugar (like bananas) you should provide them even fewer berries.

Baby rabbits in the wild

Rabbit mothers nurse their baby rabbits twice a day for only a few minutes. Unless they are physically injured, leave them where you find them. Their mothers may not come that often, but they know where they are. Don’t even touch them. If they are injured, please contact a local vet.

What do wild rabbits eat is slightly different from what do pet rabbits eat, but you can adapt easily. Whether wild or domesticated, grass and hay are necessary for a rabbit diet. In addition, wild rabbits need to be given wide-open spaces or at least special time dedicated to exercise and movement. Contrary to what most people think, the wild rabbits rarely eat carrots and other root vegetables but instead, they eat leafy parts.

Can a wild rabbit eat apples?

Wild rabbits in the wild are very different from those raised as pets. For one, they shouldn’t eat sugary fruits like apples and tomatoes, which can cause obesity or diabetes when eaten often enough—even veggies such as carrots aren’t good for them! Instead, their diet consists mainly of branches/twigs, dry grasses & plants with some fresh shoots if available – but no food containing sugar will ever be an option worth considering if you want your rabbit to stay healthy (and lucky!)

Yes, rabbits can eat strawberries. But only in small quantities and never at one time! Most importantly, they’re not toxic for your pet rabbit, with the exception being if you feed them very ripe fruit or ones that have been sitting out too long because then it could cause stomach upset (and there’s no telling what will happen after then).

I have a three-year-old will rabbit- is it safe to give him bananas with the skin still on?

Rabbits can eat bananas without problem, but if you’ve got one that’s three years old, then you’re probably better off feeding them food that they don’t have access to in nature. Wild rabbits are excellent at eating grasses & plants with some fresh shoots if available – but no food containing sugar will ever be an option worth considering if you want your rabbit to stay healthy (and lucky!)

They’re not just cute little furry creatures living in your backyard; rabbits are natural herbivores! This means that their diet consists mainly of plants. They’ll eat anything from grasses to leaves, tree barks, and even roots (if it’s available). However, you might be surprised at what they’ve been known to chow down on- namely veggies like lettuce or cabbage as well grains/seeds, etc.

There are many ways that rabbits can ruin your garden. They feed on an extensive range of plants, from ornamental ones like flowers and bushes to fruits or vegetables growing in the ground–even if it’s not one they’re listed as being able to eat (like garlic!). New plantings may become destruction victims since there isn’t enough soil for these scraggly animals!

The best way you could protect yourself would be installing fencing around both sides with an opening right near where anything edible might exist so creatures couldn’t quickly get through without being apprehended first.

Can a wild rabbit eat corn?

In the same way that they’ll chow down on your flower beds, so will rabbit harm a field of crops. In many regions, this is a big problem, a primary food source for these pesky creatures. Corn, wheat & soybeans have been among their favorites in the past in the United States in particular.

Some farmers even use a live trap to catch them because there’s no one-time solution to this problem–they’ll keep on coming back until they get their fill!

It depends on what part of the plant it is – if it’s anything like a banana, it won’t be harmful. However, if it’s an ornamental flower- especially one that’s red – the answer would probably be no since rabbits are susceptible to this color.

Feeding your pet rabbit cat food is never a good idea. Not only are they not meant for this purpose, but the ingredients in these foods could harm them if eaten often enough- it may even be fatal! In addition, this diet would also lead to obesity, diabetes, or other harmful conditions.

On the other hand, wild rabbits tend to have a very varied diet, consuming many different plants. If not, they’ll eat bark from trees.

I can’t think of a single plant that a rabbit WON’T eat! They’re herbivores by nature and have evolved to consume a broader range of plants than most species. That’s why they’re so much more challenging to keep as pets since it’d be nearly impossible to provide them with all the sustenance they need without being destructive creatures.

Cilantro is fine for rabbits but only in small quantities- just like pretty much anything else you feed them!

If you’re adamant about growing cilantro in your garden, then this is all the more reason to keep your bunnies away! They’ll munch on just about any plant that isn’t poisonous. Chard is safe for them to eat, though- still only small portions of it, though so they don’t do themselves any harm.

A rabbit’s diet is as comprehensive as their habitat- which means they’re going to be happy about your garden if you have an overabundance of these herbs! Of course, they won’t die from the small amounts that would be contained in a dish made with dill, but they probably don’t like it all that much because, let’s face it- they’d be happier with the veggies!

Many people are unaware that rabbits can eat spinach. While the leaves and flowers of this plant aren’t harmful, the most grocery store has grown. In addition, spinach is treated with pesticides which may cause problems for your furry friend if ingested in large quantities, or frequent consumption patterns exist between you two animals (rabbits AND humans).

The zucchini plant is a delicious treat for rabbits, but the leaves might not be so great. They can cause stomach issues and even lead to death in some cases! You must clean any part of this vegetable before serving it up because there are toxins on most factors like these large serrated edges do love your rabbit’s insides quite literally sometimes (but never both ways).

Wild rabbits do not eat celery nor prefer the iconic carrot. However, the wild rabbit’s diet consists mainly of grass which means that these green stalks should be a large part of your pet’s nutrition! So to make sure you’re providing enough nutrients for themself and also preventing digestive problems caused by too much fiber or roughage running through their system at once; try offering some fresh leaves every day as well- it’ll taste great while being good quality food (plus there isn’t anything better than freshly mown lawn). 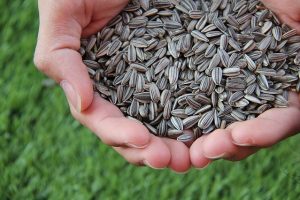 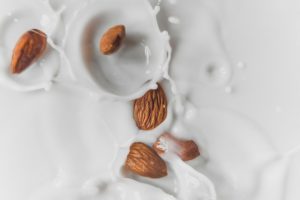 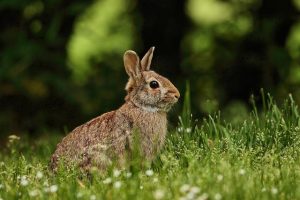 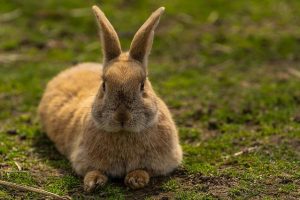 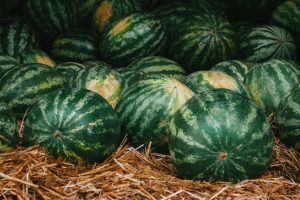