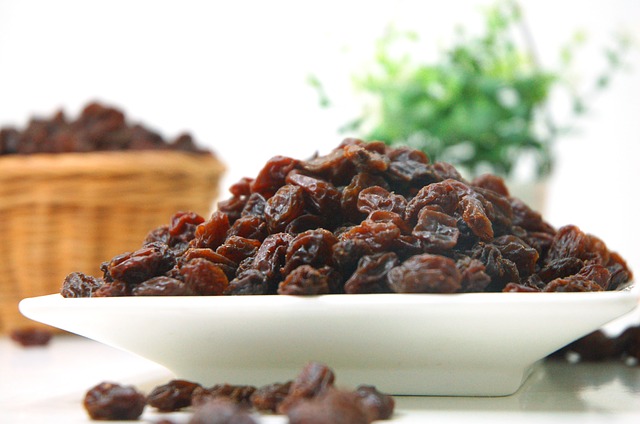 There's a chance that you're among the ones who've gulped down at least a handful of raisins during their childhood. We have to admit that raisins are among the dried fruits that we like - and probably consume - the most. And most of us often share our treats with our pets. But not all human treats are ok for our furry friends. What about bunnies? Can rabbits eat raisins, or it's a good idea not to feed them?

Rabbits - especially domestic ones - will most likely grab a mouthful of raisins if given the opportunity, but that may not be too healthy for them.

Raisins may not look like a dangerous food for rabbits in general, but since they can be so dangerous to dogs and cats, it's a good idea to ask ourselves the same question in the case of rabbits. Are raisins a safe food for rabbits?

The answer is that it depends. Raisins are not as dangerous for rabbits as they are for cats and dogs, but they're not completely safe either.

So, the answer would be yes, but in moderation. After all, raisins are just grapes, which aren't a good food choice for rabbits.

While raisins have many benefits for us, humans, we can't say the same thing for our little hopping friends, the bunnies. For them, since they have different dietary needs, raisins are not a particularly healthy snack.

They do contain a lot of potassium, iron and antioxidants, but there are better ways for rabbits to get all that than from raisins.

The Problem with Raisins

The main problem with raisins, from a rabbit's perspective is the high sugar content. Rabbits don't need that much sugar - although they might not say no to chewing some fruit now and then.

Rabbits thrive on a diet rich in fiber and low in calorie and sugars, and raisins are the exact opposite of that. Therefore, feeding your rabbit with too many raisins might get him some severe gastrointestinal issues. Also, the calories and sugars contained in raisins can lead to your rabbit becoming overweight or obese, and that's not a desirable outcome.

So if you think about sharing some tasty raisins with your rabbit, make sure you're the one saying no after he's had a few of them, because he most probably won't.

While there's no need to rush to the vet with your rabbit after he's had too many raisins, you need to be careful and limit his portion size. A few raisins every once in a while will be a tasty treat for your bunny, but don't make this his main meal.

Also, make sure that the raisins you feed to your hopping friend have no added sugar, as that can add to the risks.