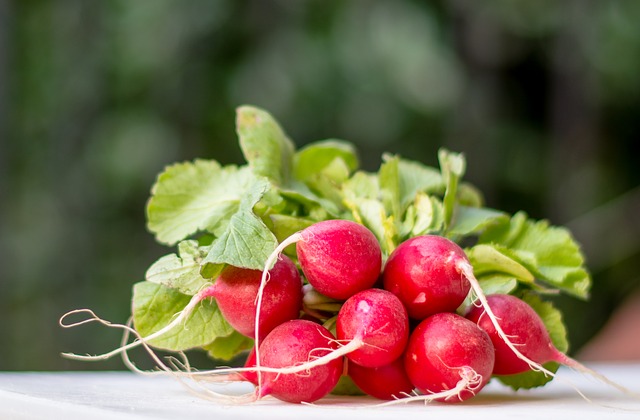 We often like to give our pet rabbits all kinds of vegetables, greens or not. Radishes are some of the vegetables that we, humans use a lot. While in general, rabbits would prefer a bite of carrot, they might not say no to radishes either. But can rabbits eat radishes, or anything contained by radishes without any health threats or other risks?

Let's find out more about the matter, because it's unclear for many. As you probably know by now, many vegetables can be healthy for us but utterly dangerous for our little furry friends.

The answer to this question is a little bit in a shady area as there is no clear black and white one. It's no secret that radishes contain several important nutrients and vitamins and if those are good for our bodies, they must be good for our pet rabbits as well.

But on the other side, radishes contain something else too that a bunny digestive system cannot breakdown and utilize or eliminate, giving him troubles.

Radishes contain riboflavin, thiamine and niacin and are high in starch, therefore are acidic, which is not ok for a rabbit's diet. Eating too much of those can cause gas and bloating, which is not a good thing, as it can lead to problems and in extreme cases it can even prove to be fatal.

Some rabbits don't tolerate cruciferous vegetables and they won't touch radishes, but you should test yours to see if they nibble at them or not. If they do, you can feed radishes to them, but only in small amounts and not as their main meal 24/7, as that can pose problems.

Radish leaves are a far better option than the root, but they're not entirely free from danger so you should also keep a watchful eye on how much radish tops your lovely hopping bunny eats.

Due to the oxalic acid contained by radish leaves, they can only be fed as a rotation to other greens and vegetables in their diet.

As a general rule of thumb, if your rabbit loves to nibble at some greens and you're not sure if they're ok for his health, limit the amount and only feed him those every couple of days.

If you've caught your bunny friend in the act of devouring a good portion of radishes or radish tops, keep an eye on him for a day or two and observe if he's got any side effects because of them. Since radishes become dangerous only if consumed in high amounts, your little furry friend might get away with it the first time.

If that's the case, leave him be but be sure to keep an eye out for future occurrences.