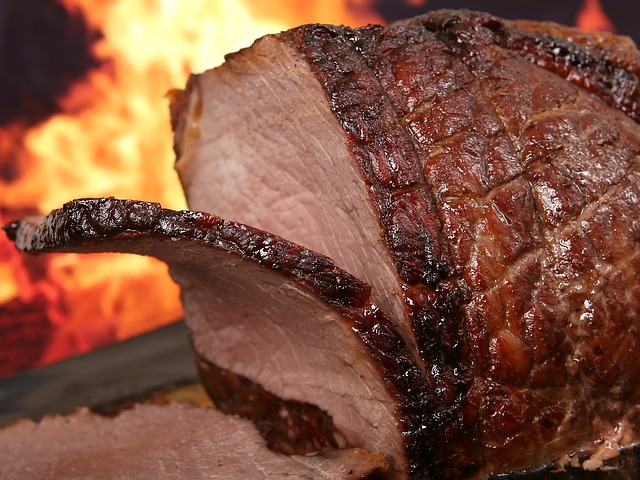 Meat is a very common part of our - human - diet since quite a long while, actually since the very beginning of our history. We're used to having meat around, and sometimes we feed it to our little furry friends as well. We all know that rabbits are herbivores, but we also know that sometimes they might take a bite of some foods they're not supposed to. So what about meat? Can rabbits eat meat?

Is taking a bite from some type of meat or meat based food a good idea for your little hopping friend? Would rabbits like the taste and try to eat some or are they completely indifferent to meat whatsoever? Let's find out more on the matter.

While some people have reported that their pet rabbits have eaten meat when they gave it to them, that's not a good idea. Most rabbits will probably chew it a little bit before abandoning, but you'd better keep an eye out and make sure they don't eat it.

So the answer to our question is a big no-no. Rabbits should not eat meat. While a few bites won't probably pose any problems or health risks, meat isn't something a rabbit's digestive system was designed for. A few bites will probably only cause some digestive troubles and stomach aches, but too much meat will cause the rabbit some serious problems.

Evolution equipped rabbits with a digestive system that needs fiber in order to get all the nutrients they need, and meat isn't one of those sources. High in fat and protein and lacking the much needed fiber, meat is something that rabbits can't simply digest.

Reguarly feeding your rabbit meat - if he or she eats it that is - will cause great harm to your pet, leading to serious health problems and in some cases, even death. So no, don't feed your rabbit meat, even if out of curiosity. Out of the same curiosity, your rabbit might get a taste for it, and you shouldn't give him the chance.

Always keep meat away from your rabbit and only feed him some good old hay, pellets and grasses, plus the additional vegetables to make sure he's got a healthy diet. Treat him with some tasty fruits every now and then to keep happiness at high levels and everything should be alright in his bunny world.

Some of you might think that lighter types of meat, like ham or other meat based products might be a better option if your rabbit has developed a taste for, but that's still a no. Besides the meat, those products might contain a lot of other ingredients that can be harmful to your rabbit's overall health.