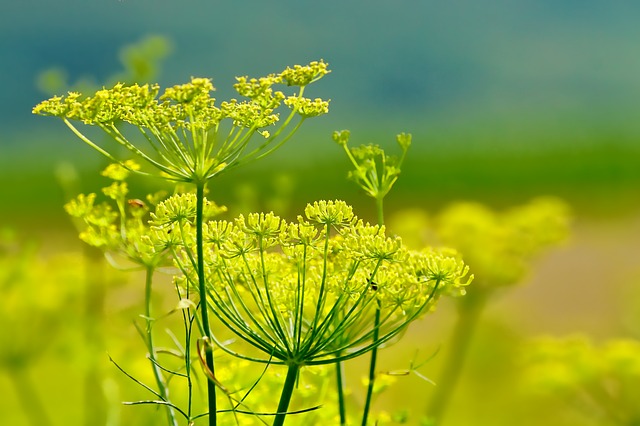 Fennel is a perennial herb in the carrot family which once grew around the shores of the Mediterranean sea but now it's available almost all over the world. In some parts like the United States and Australia, it's considered an invasive species, but it's also widely used in many cuisines around the globe.

The seeds are used in spices, but all the parts of the plant are consumed either raw or cooked in various ways in a lot of cultures. Since it's so widespread, you might even have it in your garden or find it around your home, but is it ok for your bunny friend to have some of it if he finds it around? Can rabbits eat fennel without problems or is fennel a health risk for them?

Most rabbits might get a taste for fennel once they stumble upon it around, but that doesn't mean it's safe for them to eat it, as domesticated rabbits are known for not being able to tell if something's good or bad for their health.

Fortunately, there's no need to worry if you've found your rabbit chewing fennel, as the plant is non-toxic to them, so they can eat it at will. All the parts of the plant are safe to feed to rabbits, so even if you're using just a part of it for cooking, there's no need to throw the rest of it as your furry hopping friend will be very happy to have it.

Fennel is a healthy herb and can be a good and tasty snack for your bunny, though it shouldn't be his main diet. Give a slice of the bulb or a fennel stalk as a treat not more than once a day and everything should be fine. Too much of it, and your furry friend might have stomach troubles.

The Health Benefits of Fennel

Fennel is nutritious enough and provides a lot of health benefits for both us and our bunny friends. It contains enough vitamin C, manganese, potassium and plenty of antioxidants. There is one unique antioxidant contained in fennel, called anethole, which is known to be of great help in the fight against inflammation and cancer. Some studies and experiments show that the same substance can also help the liver of various animals fight against toxic substances.

Also, fennel is low in sugar but has a moderate to high fiber content, which is great for rabbits, as they need a lot of fiber in their diet.

Sure, too much of everything, even the good stuff, can cause troubles, so be careful with fennel as well. Stomach problems and bloating are some of the consequences of your bunny eating too much fennel.