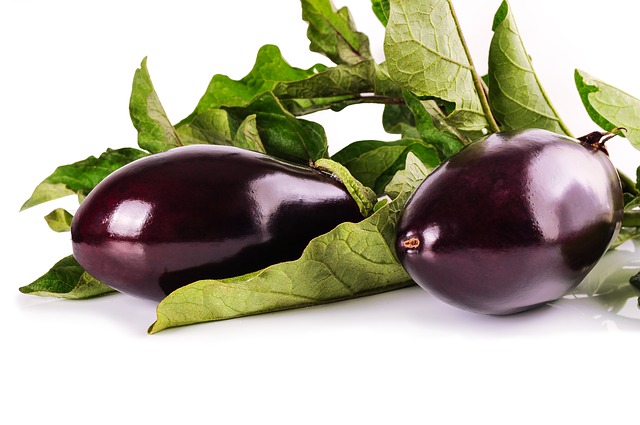 Eggplant, also known as Aubergine, is considered a vegetable despite the fact that it's actually defined as a berry (fruit) in botany. Nevertheless, it's a popular ingredient in many cuisines around the world. Since we love it so much, is it possible to feed it to our bunny friends as well? Can Rabbits eat eggplant without any problems?

With so many options in our kitchen nowadays, feeding our furry hopping friends can become problematic if we don't know what's good and what's not for them. So let's find out if it's ok to feed eggplant to rabbits or not.

Part of the nightshade family Solanaceae, similar to potatoes and tomatoes, the fruit called eggplant comes in a wide variety of types, like tubular, ivory, bulbous, plump or deep purple, and it has a little bit of acidic content, low levels of sugar and fiber, phosphorus and some vitamins.

Is Eggplant Toxic for Rabbits?

The problem with eggplant and the reason why there are often mixed opinions and concerns about the toxicity of the plant when it comes to feeding it to pets is the alkaloids plants from this family contain, with some of them being highly toxic.

Some people can develop symptoms after eating eggplant, and our furry little friends as well, but it depends a lot on how each organism tolerates it.

While containing the toxin called solanine, eggplant is widely used and most organisms tolerate it well, without developing any symptoms or illnesses. In general, it's ok for rabbits to eat eggplant in moderation, but stay away from the leaves and the green top, as that is known to be a lot more toxic than the fruit itself.

If you want to feed your rabbit some eggplant, start small and watch for any side effects and make sure your rabbit tolerates it well, before introducing it into his diet.

Eggplant can also be inflammatory if consumed in large amounts, so make sure your pet rabbit doesn't have any condition with inflammation as a symptom, because it may cause him a lot more harm.

When feeding eggplant to your rabbit, make sure you start with small amounts and keep an eye out for any symptoms that may give clues of health problems caused by it. If the rabbit's reaction is a normal one, then it's generally safe to feed him a small portion of eggplant two or three times a week, in combination with foods that offer the fiber a rabbit needs.

When cooking eggplant or preparing it for your rabbit, make sure you throw away the green top, as that is known to be more toxic than the fruit itself, and that your rabbit can't get access to the trash bin or the place where you threw them.