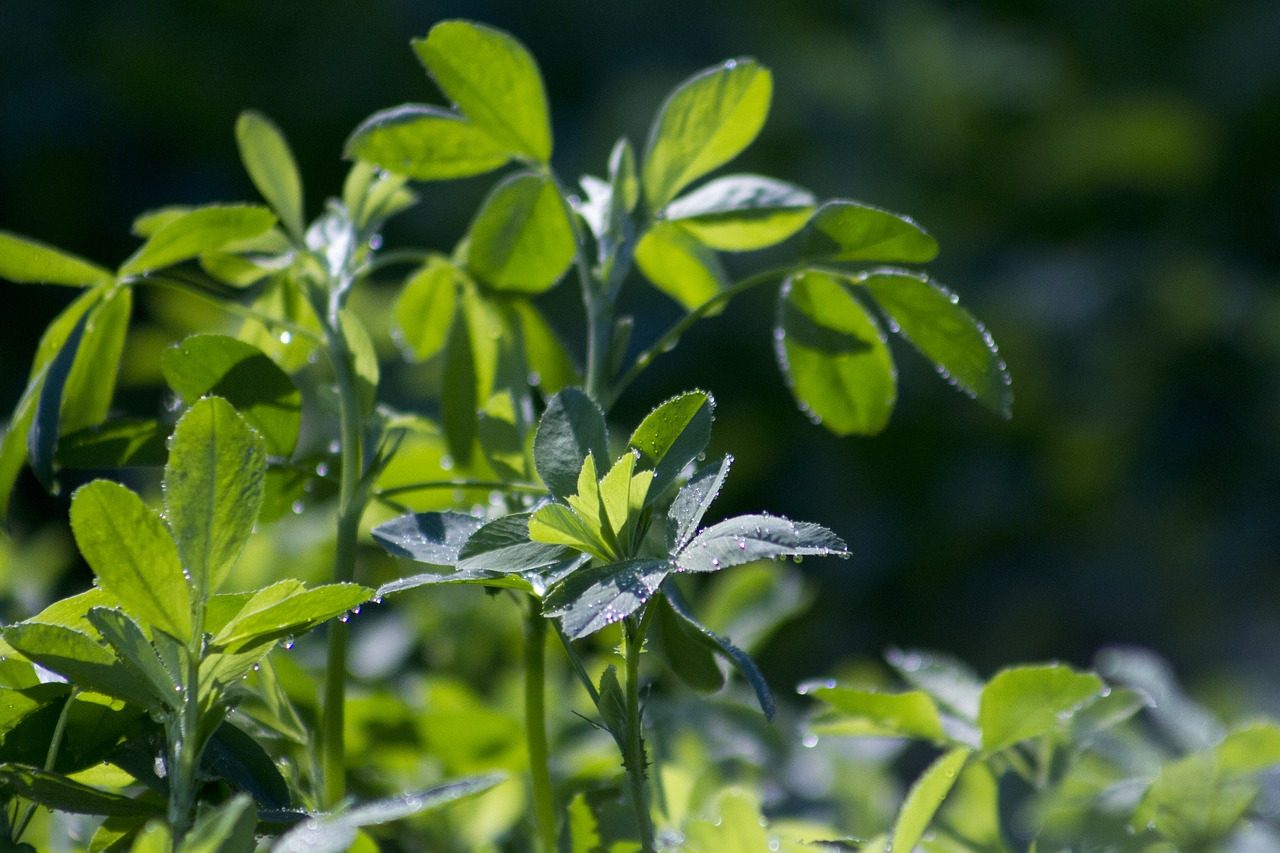 Alfalfa, also known by the name lucerne in countries like the United Kingdom, Australia, New Zealand or South Africa, is a perennial plant often used for feeding farm animals such as horses, cattle, chickens, turkey or sheep. But is this also good for our rabbit pets? Can rabbits eat alfalfa?

This plant contains a lot of nutrients that farm animals need. It's fed as hay after it has dried and it's given in general to those animals who require more than normal energy levels. That includes especially work horses, breeding animals or young animals that need to grow.

While not all rabbits are farm animals and raised for profit, many people won't make any difference when it comes to their diet.

Alfalfa, or lucerne, is a rich source of calcium, protein and fiber for bunnies and in general it's more enjoyable to them than Meadow or Timothy grass hays. It provides high energy levels and it's a good overall source of minerals and vitamins.

In general, rabbits can eat alfalfa without problems, but at the same time we have to take into account how much alfalfa and alfalfa hay is a particular rabbit fed, because there is something else one needs to take into consideration when feeding his rabbit. While alfalfa provides many of the nutrients and vitamins a rabbit needs, it can also lead to higher than normal calcium and protein levels in a rabbit's body, which isn't a good thing.

Too Much Alfalfa Hay

Rabbits are known for their rapid absorption of calcium in their bodies, as they have a unique calcium metabolic system which can lead to excesses when they're fed too much Alfalfa hay. One negative effect of this is that the rabbit in cause might develop urinary stones as their system is built to excrete calcium through urine. So too much Alfalfa hay can lead to excess calcium in their urine, which can further lead to stones.

Also, unlike timothy and meadow hays, alfalfa is a legume hay and contains more protein than the first two, which are a type of grass hay. So when feeding a rabbit, one needs to balance their diet with other types of hay or foods so it contains just the right amount of calcium and protein.

As an exception, newborn and young rabbits, pregnant or nursing ones and those raised for meat will benefit from a diet rich in alfalfa hay as opposed to normal adult rabbits who can be harmed by excess alfalfa.

As a conclusion, it's ok to feed alfalfa hay to your bunny, especially if he's got a special need for it, but always make sure to keep a balanced diet and include other foods that have lower calcium levels, so your furry hopping friend doesn't suffer from excess calcium.