In March of 2015, the US state of Utah was considering a bill that would allow edible medical marijuana to be used to treat select debilitating conditions in humans. According to testimony presented to a Utah Senate panel special agent Matt Fairbanks, an agent of the Drug Enforcement Administration (DEA), if the bill passes, the state’s wildlife may “cultivate a taste” for the plant. This would cause them to lose their fear of humans, and basically be high all the time.

Fairbanks testified that at some illegal marijuana grow sites in Utah he saw “rabbits that had cultivated a taste for the marijuana…” He continued: “One of them refused to leave us, and we took all the marijuana around him, but his natural instincts to run were somehow gone.”

So there we have it straight from the DEA. Rabbits on marijuana in nature might end up too stoned to run away from potential hazards as they normally would.

According to an ASPCA document on marijuana toxicosis in animals, it is “better absorbed orally if fat is ingested with it. When THC is absorbed, it is then distributed to the lipid layers of body fat, liver, kidney, and brain.” In other words, the rabbits would get stoned if they ate something fatty along with the weed, which not very likely on a plant-based rabbit diet.

Rabbits are sensitive creatures with tiny lungs and should not be subjected to inhaling smoke as it can quickly harm their lungs. It’s highly unnatural for a rabbit or any animal to inhale smoke as the natural instinct is to protect themselves and quickly exit any smokey area.

Getting your pet high is considered animal abuse and as such illegal in most countries with animal protection laws. There is no benefit to getting your rabbit high and you’d be risking it’s health if not it’s life and likely breaking animal abuse laws by trying. There is no marijuana prescription for rabbits.

According to the American Veterinary Medical Association website, “Physicians in states where medical marijuana is sanctioned are exempt from prosecution by the state for recommending the schedule I drug to patients. Such protections do not apply to veterinarians, for whom it is illegal in every state to prescribe or recommend marijuana to treat a patient.”

No matter how much you enjoy or benefit medicinally from getting high, your rabbit is happy as they are and has no need for anything at all that is potentially damaging. Any medicinal substances added to your rabbit’s diet should be cleared with and/or prescribed by your veterinarian. 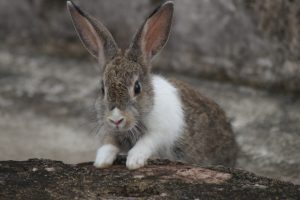 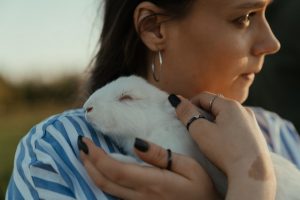 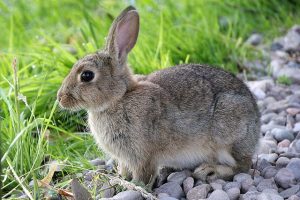 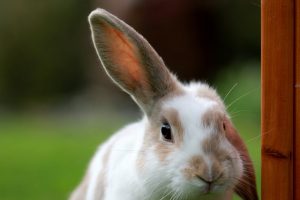 Top 7 Skin Problems in Your Pet Rabbits and Remedies 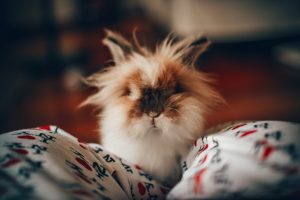 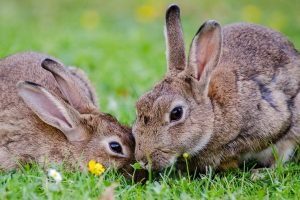 How Do Rabbits Communicate?

Should Rabbits Be Kept In Pairs?

All About Spaying and Neutering Rabbits