Home » Miscellaneous » Some of The Best Pet Rabbit Breeds

Rabbits are cute, adorable and funny little creatures, but as the case is with other pets as well, there are a lot of very different breeds, each with their own characteristics and personality types. With so many options around, you might want to narrow them down before deciding on which breed of bunny to go for. So let's find out which are some of the best pet rabbit breeds.

Some rabbits are friendlier, others have a nice hair coat color or require special care and different bunnies grow to different sizes and shapes when at maturity. Apart from all that, there are more subtle differences between various rabbit breeds, but those are of interest mostly to rabbit owners who participate in various competitions and shows. The regular pet owner is interested mainly in the color and type of the fur coat, size of the mature bunny and his care needs. Another important thing is a how susceptible is a specific breed to various health problems. 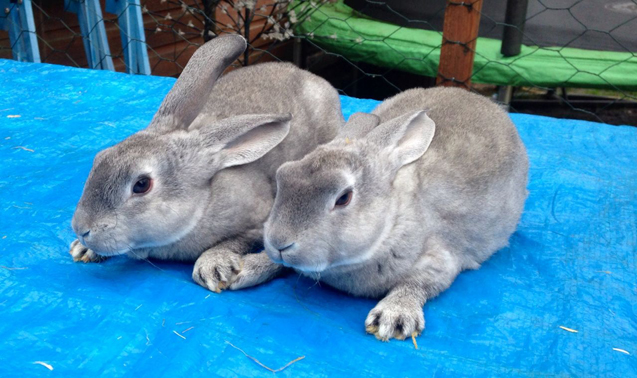 The Chinchillas - and by Chinchilla, we mean the standard Chinchilla - are a very calm and friendly breed of rabbits. They are calm, docile and very much enjoy to be held in one's arms and be petted.

Mature ones reach a weight of 5.5 to 7 pounds, their fur is grey colored and live for up to eight years in general. Usually they've got an amazingly soft fur, just perfect for being petted. They make for wonderful house rabbits, but they need a relatively large space to move around and play, as they are active.

On the health side of things, the Chinchillas are prone to get ear mites and have overgrown teeth.

In addition to the standard Chinchilla, there are the Giant Chinchillas, which, as the name implies, are among the largest breeds of rabbits, weighing between 12 to 16 pounds at maturity. Then there's the American Chinchilla, which are medium sized, with a weight between 9 and 12 pounds and a very smooth and glossy Chinchilla colored hair.

The Sussex is a relatively new breed of rabbits, which is also docile, friendly and very smart, perfect if you want to teach him some tricks. The downside is that they can get fat really fast, so make sure your keep an eye on his daily diet.

They are medium sized - if you don't overfeed them that is - reaching up to 7 pounds, and have a lifespan of six to eight years. They've got a lovely gold colored coat and were created in the 1980's by mixing the Californian and the Lilac breeds. 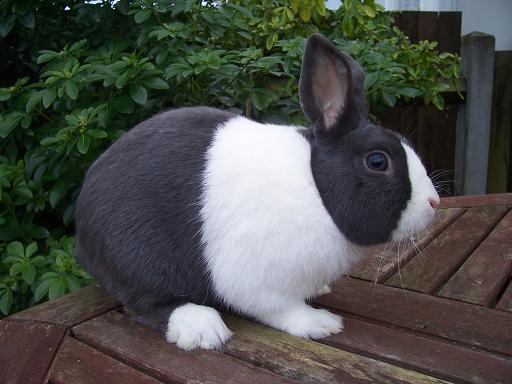 Dutch rabbits are super adorable with their black and white colored hair, which is the most common. They come in other color combinations such as such as brown or blue against the white. They've got a calm temperament, they're super friendly so they make great pets for children, but they can be shy in the beginning.

Dutch rabbits usually grow up to be 4 to 6 pounds and have a lifespan of 5 to 8 years. They don't have any particular health risk besides the usual rabbit issues but shed a lot during summer. They also need regular exercise, so make sure you provide them with the space needed for that. 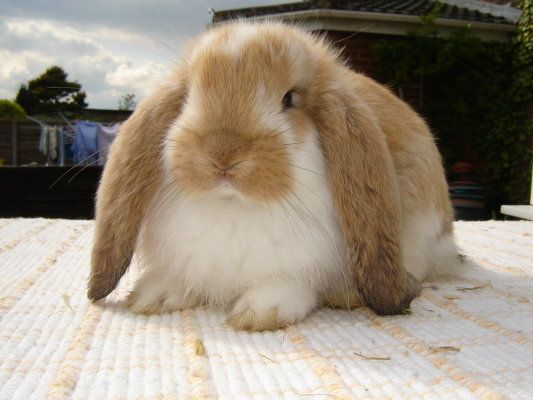 French Lop rabbits are also among the bigger sized pet rabbits around. They can weigh more than 10 pounds and have a heavy, muscular body.

They are very sociable and affectionate, and with their floppy ears, they will make you want to stroke them every time you come back home. And they love that. Cuddling and socializing is what they do best, making for some of the best pet rabbit breeds around. 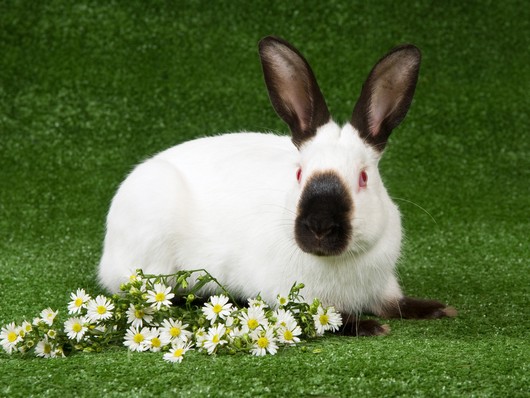 Himalayan rabbits are well known as one of the best rabbit breeds for children. They are extremely friendly and sociable, interested in everything their owner does. At the age of maturity they weigh between 3 and 5 pounds.

Himalayan rabbits have one of the most beautiful fur coats out there - white with dark colored extremities. These are usually the nose, the ears and legs, and can be black, lilac, blue, or chocolate colored.

If you decided for a Himalayan as a pet rabbit, you need to be aware of the fact that while babies, they are very sensitive to low temperatures and prone to get colds. 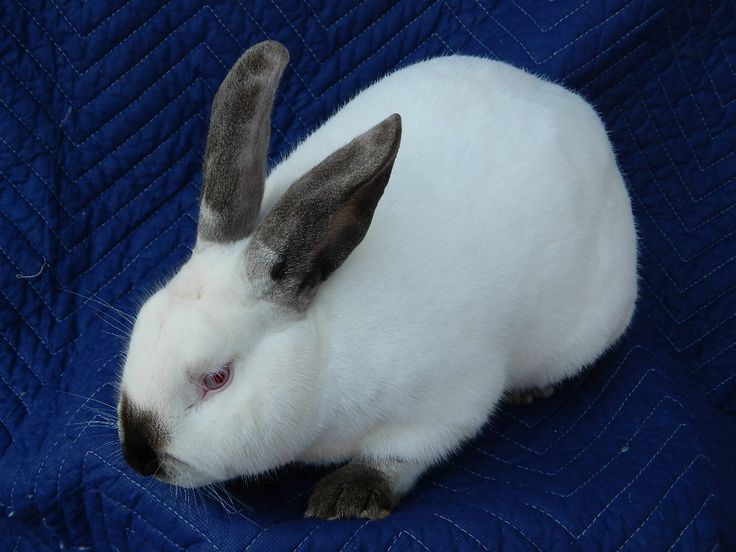 Californian rabbits are another very sociable breed of rabbits, thing which makes them fit for adopting by families with children. At first they may be very shy, but once properly trained and socialized, they make wonderful pets. They are calm and gentle, affectionate and love the attention they get as pets.

Similar in appearance to the Himalayan rabbit breed, the Californian is much larger, reaching weights of 8 to 12 pounds at maturity. They've got a medium build and rounded body and a very smooth and short coat.

Their lifespan stretches farther than most other rabbits presented here, and that is up to 10 years, which means you need to be ready for a long term commitment if you aspire to get the Californian rabbit breed as a pet. Among their problems is the fact that they shed a lot during spring time. They also need space and regular exercise to keep themselves in shape. Other than that, they don't present health issues besides the common ones for rabbits.

This is list isn't exhaustive, as there are a lot of rabbit breeds out there, but we have selected a few of the best pet rabbit breeds that make for awesome company. Their personalities and characteristics and how fit they are for a pet life in a regular family are what we took into consideration when we made the selection.